Our Jaguar Wedding Cars are steeped in history and character. Desert Rose is a very original example of a Mk II Jaguar. She was manufactured in Coventry, England and came off the production line on December 18th 1965. 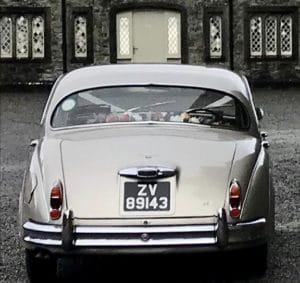 In April of 1966 she was sold by Jaguar main dealer KDM, Cherrington, London to a Dr Ernest Landau of Sloane Street, London. Her first reg no.,which she kept for 53 years, was JLN147D. When we took her to Ireland she took the Irish reg no. ZV89143.

Dr Landau sold her on in 1972 to a Mr Emanuel Winer. The following year the fuel crisis hit and Desert Rose was locked away and forgotten about until discovered in a barn in 2010. She was pretty well preserved having been undercover for 37 years and with only 17,000 original miles on the clock. She still needed a total mechanical and cosmetic restoration but much of the original car was saved.

Desert Rose has undergone a total restoration, with an engine rebuild and a bare metal repaint of the body. She has been brought up to a high standard that makes her suitable for inclusion in our fleet. 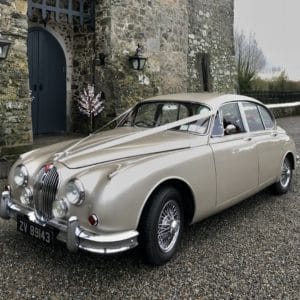 Her seats are still covered with the original leather from 1965 and have been totally cleaned and restored along with the reconditioning of her polished walnut timber trims and bumpers. The chromed spoke wheels and pristine Opalescent Golden paint work along with her sleek classic styling project a classy, sophisticated elegance worthy of any special occasion and marking her out a truly beautiful wedding car.

We hope you book Desert Rose, our beautiful Wedding Car, and enjoy a few pleasurable hours traveling in a style everybody should experience at least once.

This 1961 Jaguar Mk II 3.8L automatic transmission is the older of our wedding cars. Beauty is in the eye of the beholder and we think she is equally as beautiful and stylish as her sister. She was manufactured on 15th September 1961. Her original paint colour was silver grey. She was delivered to main dealer Henley’s of Manchester in late September. 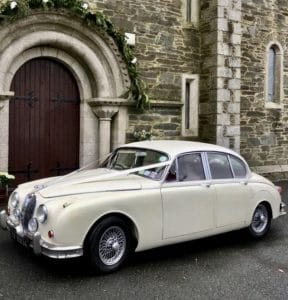 Snowbird was first registered with the UK reg. number VJA599. She has carried that reg. for the last 56 years. Once she came to Ireland she was given the new Irish reg number ZV89134.

She underwent complete mechanical and body restoration in 2017 - 2018

This Jaguar’s iconic 1960s styling and pristine Old English White paintwork meant she was always destined to be up there with the best wedding cars available. She has less than 500km on the clock since having undergone a total engine rebuild. The full exterior and interior restoration means Snowbird is in a stunning condition. 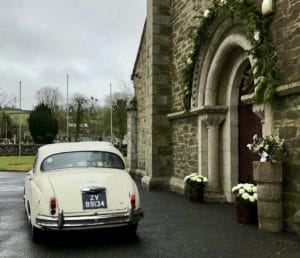 The beautifully chromed spoke wheels and metal work, the stunning paintwork all compliment her classic shape. And together with the totally restored interior timber and leather, they scream out style and quality.

She was made to be a wedding car.

We hope you consider booking our beautiful Snowbird or dropping in to view her. 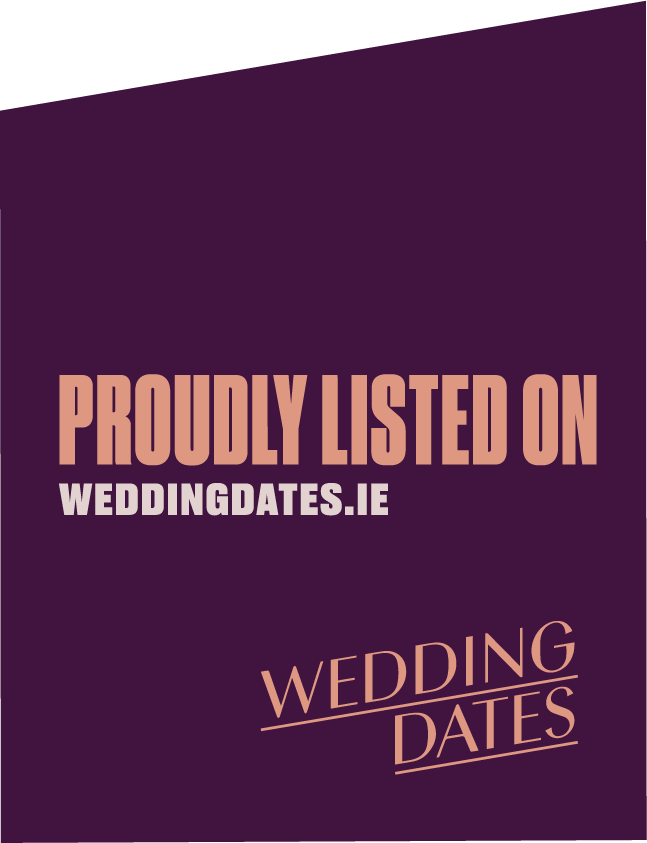